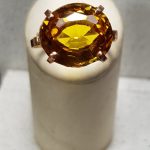 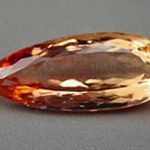 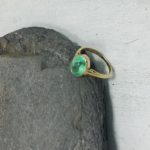 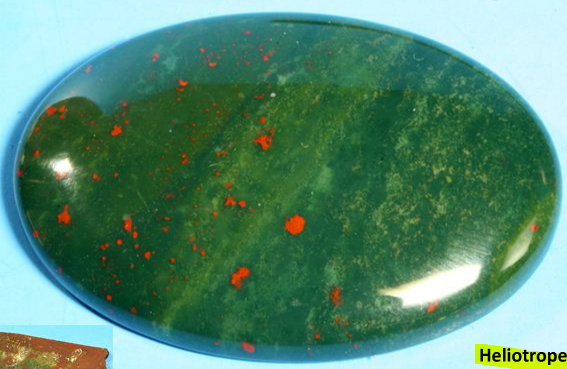 Bloodstone – treasured in ancient times, Bloodstone ( also known as Heliotrope ) served as birthstone for march, until it was replaced in 1912 by Aquamarine. Once referred to as the martyr’s stone, medieval Christians often carved Bloodstone into scenes of the crucifixion. A fine example of carved Bloodstone can be found in the Louvre featuring a seal of the German Emperor Rudolf II.

Bloodstone is a member of the Chalcedony group of gems, who in turn belong to cryptocrystalline family of Quartz.